This is based on the gnuplot-geomap, which provides datasets for GeoMap for the ease of use in gnuplot. The original format is shapefile, and here I converted it into plain txt.

The following is an example of Japan: 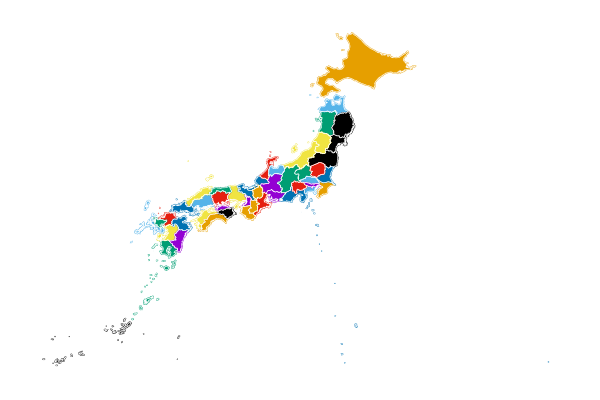